Assunta de Rossi and her passion for supercars 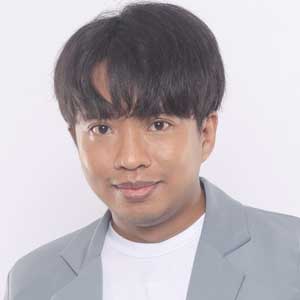 Assunta de Rossi's advice to Filipino drivers: "Defensive driving lagi. If it's not worth it, ikaw na lang ang umiwas."
PHOTO/S: @magicliwanag via @assuntaledesma on Instagram

Not many people know about Assunta de Rossi's passion for supercars, but a quick scroll through her official Instagram account reveals her love for four-wheeled machines.

In an exclusive interview with eawan.com (Philippine Entertainment Portal) via email, she said it began during her grade school years. "It started when I was in grade school in the early '90s. "I was a student at the Our Lord's Grace Montessori in Commonwealth Avenue, QC. "Naalala ko yung may-ari ng school, the late Rafael Ortañez, would always park his car sa harap ng canteen ng school. "It was a red Mercedes Benz. I'm guessing it was an AMG. "I really fell in love with cars at that point."

AMG stands for Aufrecht Melcher Großaspach, and a Mercedes AMG vehicle is among the brand's high-end and top-of-the-line offerings.

While other girls were busy with their dolls and stuffed toys, Assunta had her eyes on every car they passed by on the road.

ADVERTISEMENT - CONTINUE READING BELOW ↓
She continued, "And then whenever my dad or my mom would drive us kung saan, to keep myself entertained, aabangan ko lahat ng kotseng type ko na nasa kalye. "'Tapos bibilangin ko lahat ng favorite cars na nakita ko that day. "To me, it didn't matter who the manufacturer was. "Japanese, European, American, basta maganda sa paningin ko. Hehe! "Siguro at that time, it also provided an escape for me."
ADVERTISEMENT - CONTINUE READING BELOW ↓
Assunta got to further explore the automotive world through her husband, former congressman Jules Ledesma, who is also a former race car driver.

The couple's first "conjugal property" was a Mercedes-Benz S500L 2001.

She narrated that in 2002 when she was still going out with Jules, "one of the things that made us immediately click was our passion for automobiles. "You see, he was a former professional racecar driver, so ang dami-dami nyang alam."

The former Impostora star admitted that collecting cars is an "expensive vice," but she has always been supportive of her husband's passion for cars.

"To this day, he always tells people how lucky he is, kasi suportado ko siya sa 'bisyo' nya. "It is a very expensive vice, by the way. And because he grew up wealthy, he only drives luxury cars. "But, as long as hindi hihingin sa akin yung pambili at pang-maintain, I'm fine with it."
ADVERTISEMENT - CONTINUE READING BELOW ↓
She further quipped, "Kasi sasakalin ko sya. Haha!"

THE CARS SHE AND JULES OWN

Although Assunta is quite the car enthusiast, the 36-year-old actress said she does not have an extensive knowledge about supercars. She told eawan.com in her email, "I don't claim to be an expert, so I can't say I know a lot.
ADVERTISEMENT - CONTINUE READING BELOW ↓
"When it gets too technical, baboo! Haha. I'm still a girl!"

Some of the cars she posted on Instagram included a Rolls Royce Wraith and a Rolls Royce Dawn. In the Philippines, a brand new unit of these models has an estimated price of PHP25 million, according toautomobile websites

ADVERTISEMENT - CONTINUE READING BELOW ↓
Assunta and Jules also own a 2005 Ferrari Superamerica. In an Instagram post last October 22, 2018, Assunta said only 559 units were made around the world. She wrote, "Built in 2005, driven around Italy in 2006, and kept in storage in Singapore since then. "Only 559 units were made. Sophia is 3rd to the last, I think. "Now she’s refurbished, and she’s mine. :) #AutomobileEnthusiast #Sophia #Superamerica #Singapore #Classiche"
ADVERTISEMENT - CONTINUE READING BELOW ↓
The couple also have three Bentley cars, a Maserati, a Porsche, and an Audi in their garage. Assunta and Jules often named their multi-million cars. Two of their Rolls Royce cars were named Mary and Eve, while the couple named their Ferrari, Sophia. The actress explained that there was really no story behind the names they picked for their cars. "We name them based on their country of origin. "Our three Rollses and three Bentleys are British, our Ferrari and Maserati are Italian, our Porsche and Audi are German. "My husband even had Nissan GT-Rs before, Yoko and Michiko. So there!" GT-R stands for Gran Turismo Racer, and GT-R models are the racecar versions of normal road cars. Asked which one of them is her favorite, Assunta answered, "none." She said, "They're all special to me. At the same time, I treat my cars like any other car. "I'm the human being here. I can't be intimidated by non-living things."
ADVERTISEMENT - CONTINUE READING BELOW ↓
What is her dream car? "My dream car is one I've never owned and can never own, because they don't make them anymore. "It's a 1990s Nissan Altima. There's something about that car that just makes my heart stop. "I don't know why. Bihira na akong makakita nun ngayon. Huhu!" "Baka may gustong magregalo sa akin? Joke!" Below is a photo of a 1997 Nissan Altima (right), and a 2011 model (left).
ADVERTISEMENT - CONTINUE READING BELOW ↓

Assunta is destroying gender stereotypes for being a car enthusiast, but the actress said she still experiences discrimination.

She recounted in her email, "Some people think that just because I'm provided with expensive cars and that I'm a woman (which is understandable, because it's unusual), I baby them. "Tipong, 'Pang-display nya lang naman yan, hindi yan marunong. Sayang ang pera.' "I actually don't. Sportscars ako all the way, eh. Lahat ng kotseng dumaan sa akin since 2002, malalakas ang makina. "And because I was trained by my husband, a former pro, I knew what I was getting myself into. "I fully trust him pagdating sa pag-share ng kaalaman, kasi hindi pwedeng wala kang alam sa sportscars. "It can be dangerous! But don't worry, I'm super careful. Recklessness won't get me anywhere. Mahal ang parts!"
ADVERTISEMENT - CONTINUE READING BELOW ↓
And when she is on the road, Assunta said she still gets "babae kasi driver" comments.

"I've had sportscars [drivers] check me out in the middle of the night, when there's no traffic. Alam kong guys sila, eh. But I beat them most the time. "If the other car can match my car's horsepower, syempre ibang usapan na yan. Kung alam lang nila. Hehe!" As a driver, Assunta described herself "smart," but relented that parking remains a big challenge. "Oo, aminado ako! Haha. Thank God talaga for sensors and cameras. Kaka-stress!!!" One advice she would give Filipino drivers is to be defensive drivers, and be mindful of pedestrians. "If it's not worth it, ikaw na lang ang umiwas. I'm usually courteous. Lagi akong mapagbigay to motorists and pedestrians, even if I'm causing traffic.
ADVERTISEMENT - CONTINUE READING BELOW ↓
"I flash the headlights, turn on the signal light, bubusina pag feeling ko may mga 'wala sa sarili' o yung akala nila, sila lang ang tao sa kalye. "All my controls are used and abused! Haha!" She later added, "I also strictly follow rules. Why? The last thing I want to be told is, 'May pambili ka nga ng kotse, wala ka namang pambili ng magandang asal/edukasyon!' "Tama naman. The better the car, the less of an a**hole you should be. "It can be frustrating at times, but at the end of the day, do the right thing even if you think you're the only one doing it."
Read Next
Read More Stories About
Assunta de Rossi, Jules Ledesma
Post a Comment
Featured
Latest Stories
Trending in Summit Media Network
Featured Searches:
Read the Story →
This article was created by . Edits have been made by the eawan.com editors.
Poll
View Results
Total Votes: 12,184
Share Tweet
 Retake this Poll
View Results
Share Tweet
 Retake this Quiz